About Me.  I’m at Starbucks, Barclays Center, across the street from Atlantic Terminal.  An Apache truck just drove by on Flatbush Avenue.  Earlier, in here, Starbucks, I asked a Mormon CIA Danite if he’s the Mormon from Utah that I’m supposed to meet up with, but he denied that he’s a Mormon (I’ve not been able to post a picture of Zachary Schiller, another Mormon CIA Danite that I met in Starbucks at PATH Plaza, Journal Square, Jersey City, October 5, 2019; he arrived after the barista called loudly, CORA, LEE, the only two names called loudly.  Cora is slightly paraplegic; not NoraCora fashions, styles, clothing; exploited Cora’s name is Cora without the Nora).  I should have posted a note yesterday when I was at Best Buy, Union Square, and another note yesterday when I was in Verizon at Atlantic Terminal.

Breaking my computer and barring me from accessing the internet on this new computer. is part of the Mormon Church of Satan’s General Conference events.

This is the image on this new laptop I purchased two days ago.  I did not choose this image, these colorful umbrellas; Mormon comptuer gremlins chose this image.  Citi/Travelers umbrella is red. Yes, this is connected to Rihanna’s umbrella song. And Find Your Safari (and how I will be able to post all of that information, and in a manner in which it makes sense, I do not know!  If Jehovah God is directing this work that I do, I will be able to).

If I am not mistaken, if I heard correctly at the meeting last week, Shin is the surname of the Asian CIA agent who is an assistant to the Mormon CIA Danite/Danette members of Brooklyn Center congregation, at 303 8th Street (I doubt that he freely chooses to be their assistant).  I need to take a picture of the names of members of Brooklyn Center congregation, a list that’s posted on the bulletin board (some CIA-DIA-FBI agents in the Brewster, New York area, are expecting me to take a picture, and post the list of names) however, I’m afraid my brothers will tell me to delete the picture, leave and never come back!

About Me, continued.  I thought about posting a note to Gina Haspel, Director, CIA, to let her know about the sadistic torture I suffered last night, waking up almost every hour feeling EZ button laser beam pressure on my bladder, painful pressure, even after I’d urinated (and last night, early evening, loud cackling laughter next door while low flying loud engine aircraft was hovering outside and two or three of Johnny’s Angels were in the hall talking loudly [really, Molly’s and Emelde’s etal Angels]), however it is more important that I try to summarize the coincidences that coincided with Mormon Church of Satan’s General Conference.

Monday night when I could not connect to the internet on this new computer even after I spoke on the phone with Best Buy Geek Squad technical support, I searched the internet to see if there’s a Best Buy that opens earlier than 10am, which is the time Best Buy at Atlantic Terminal opens.  I saw that Best Buy Geek Squad at Union Square opens at 8am. Mormon CIA Danites/Danettes who track my every move, knew, I would go to Best Buy at Union Square.   (I was thinking it was Best Buy at 23rd Street, but anyhow, I went to Union Square.)   I was told that Geek Squad opens at 10am.  One person was waiting, at 8am, for Geek Squad.  At 10am, I overheard that, she is from Nigeria, and she had an appointment, for 10am.  (I was not eavesdropping.)  And I wondered, why was she there at 8am, for a 10am appointment??  Was it assumed that I would wait with her, and she and I converse, and Mormon scriptwriters find some way to connect me, and her, to the “underwear bomber”?  I waited on the ground floor, near the entrance. I took pictures of vehicles driving by.

A Verizon employee, Atlantic Terminal, looks very much like Dwayne Wade, who is married to Gabrielle Union, who is one of the stars in the movie titled Bring It On; she plays the role of Isis.  The movie was released in the year 2000.  It was in the year 2008, Dubya Bush’s infamous CIA Houston Oilers/CIA Dallas Cowboys statement, “Bring ‘Em On”.

I cannot finish posting this information; I must go to Century Medical & Dental for a therapy appointment.  If I do not post any information today, it will be because Mormon Danites/Danettes were illegally allowed to illegally prevent me from doing so!

About Me, continued.  I’m at a coffee shop called Devocion, on Livingston Street at Bond Street, which is across the street from Goodwill and Mattress Firm, which is across the street from Armed Forces Career Center next door to iHop; from where I’m sitting, I can see Cookies Kids Store.  I did not know my therapy appointment was canceled, because of the holiday.  Maybe Tran Tinh did not know last week, when he and I confirmed my appointment for today.  However why nobody called to tell me my appointment was canceled, I do not know.  Maybe that’s why somebody from Century Medical & Dental telephoned me last Saturday, the first day of the Mormon Church of Satan’s two-day SemiAnnual General Conference; I did not answer the call.  Why call me on a Saturday, when I’m at God’s visible organization’s Annual Meeting (outside, not inside), instead of a Monday or a Tuesday?

Mormon CIA can execute a well-planned bomb attack on America and blame some Somalians in Minnesota or some Jamaicans or any brown or black people they so choose to scapegoat, and they would be believed, because civilized white men, most especially civilized white men who claim to be Christians, who claim to be “The Church of Jesus Christ”, they do not do such savagery!  And cleverly scapegoat others!

THE HALAL PARADISE
(Though I personally do not purchase street vendor food I have no complaint against this small business owner; he is now a plaintiff in an imaginary legal case that’s a figment of my lunacy.  cc all Mormon barristers!)

Umar Farouk Abdulmutallab (Arabic: عمر فاروق عبد المطلب‎ ; also known as Umar Abdul Mutallab and Omar Farooq al-Nigeri; born December 22, 1986)[3][4] popularly referred to as the “Underwear Bomber“, is a Nigerian man who, at the age of 23, confessed to and was convicted of attempting to detonate plastic explosives hidden in his underwear while on board Northwest Airlines Flight 253, en route from Amsterdam to Detroit, Michigan, on Christmas Day, 2009.[1][4][5]

Al-Qaeda in the Arabian Peninsula (AQAP) claimed to have organised the attack with Abdulmutallab; they said they supplied him with the bomb and trained him. Connections to al-Qaeda and Anwar al-Awlaki have been found, although the latter denied ordering the man to do the bombing.

Abdulmutallab was convicted in a U.S. federal court of eight federal criminal counts, including attempted use of a weapon of mass destruction and attempted murder of 289 people. On February 16, 2012, he was sentenced to 4 life terms plus 50 years without parole.[6] He is incarcerated at ADX Florence, the supermax federal prison in Colorado.

Abdulmutallab began his studies at University College London in September 2005, where he studied Engineering and Business Finance,[15] and earned a degree in mechanical engineering in June 2008.[7][32][33][34][35]

He was president of the school’s Islamic Society, which some sources have described as a vehicle for peaceful protest against the actions of the United States and the United Kingdom[36] in the War on Terrorism.[20][37][38] During his tenure as president, along with political discussions, the club participated in activities such as martial arts training and paintballing; at least one of the Society’s paintballing trips involved a preacher who reportedly said: “Dying while fighting jihad is one of the surest ways to paradise.”[20] He was well liked as president of the society and considered to be moderate though politically engaged. He organised a talk about the detention of terror suspects and to promote it in a sad foreshadowing of what was to come, walked down Gower street in an orange jumpsuit.

He is the fourth president of a London student Islamic society to face terrorist charges in three years.[39] He organised a conference in January 2007 under the banner “War on Terror Week”, and advertised speakers including political figures, human rights lawyers, speakers from Cageprisoners, and former Guantánamo Bay detainees.[40] One lecture, Jihad v Terrorism, was billed as “a lecture on the Islamic position with respect to jihad”.[40]

During those years, Abdulmutallab “crossed the radar screen” of MI5, the UK’s domestic counter-intelligence and security agency, for radical links and “multiple communications” with Islamic extremists.[41][42]

At the age of 21, Abdulmutallab told his parents that he wanted to get married; they refused to allow him to do so on the grounds that he had not yet earned a master’s degree.[11] 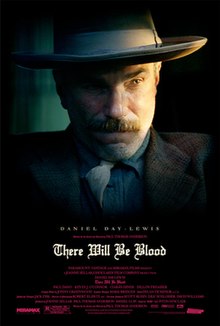 THE ART OF PAINTING, a weekly event at YWCA Brooklyn, October/November 2019

John Fee has been a professor at BYU Law School since 2000. Prior to joining the law faculty, he practiced regulatory and appellate litigation at Sidley & Austin in Washington D.C., handling matters of national significance in areas of environmental, transportation, telecommunications, banking and constitutional law. He was a clerk for Justice Antonin Scalia of the United States Supreme Court in 1996-1997, and for Judge Frank Easterbrook of the 7th Circuit in 1995-1996. Professor Fee received his law degree from the University of Chicago Law School, where he was Articles Editor of the Law Review. His writings on property, constitutional law and land use have been cited by the United States Supreme Court and other courts.
(Mormon Church of Satan’s BYU School of Law)

About Me, continued.  Correction: The time is not 10:13am. should be The time is now 10:13am.  (Either I inadvertently made a typographical error, or, [I suspect], Mormon computer gremlin wiseguys did.)

The time is now 3:45pm.  Finally I can now access my website here in this room at YWCA Brooklyn! 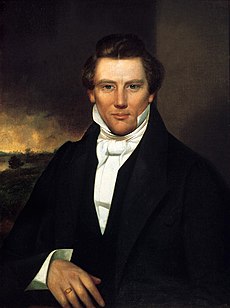