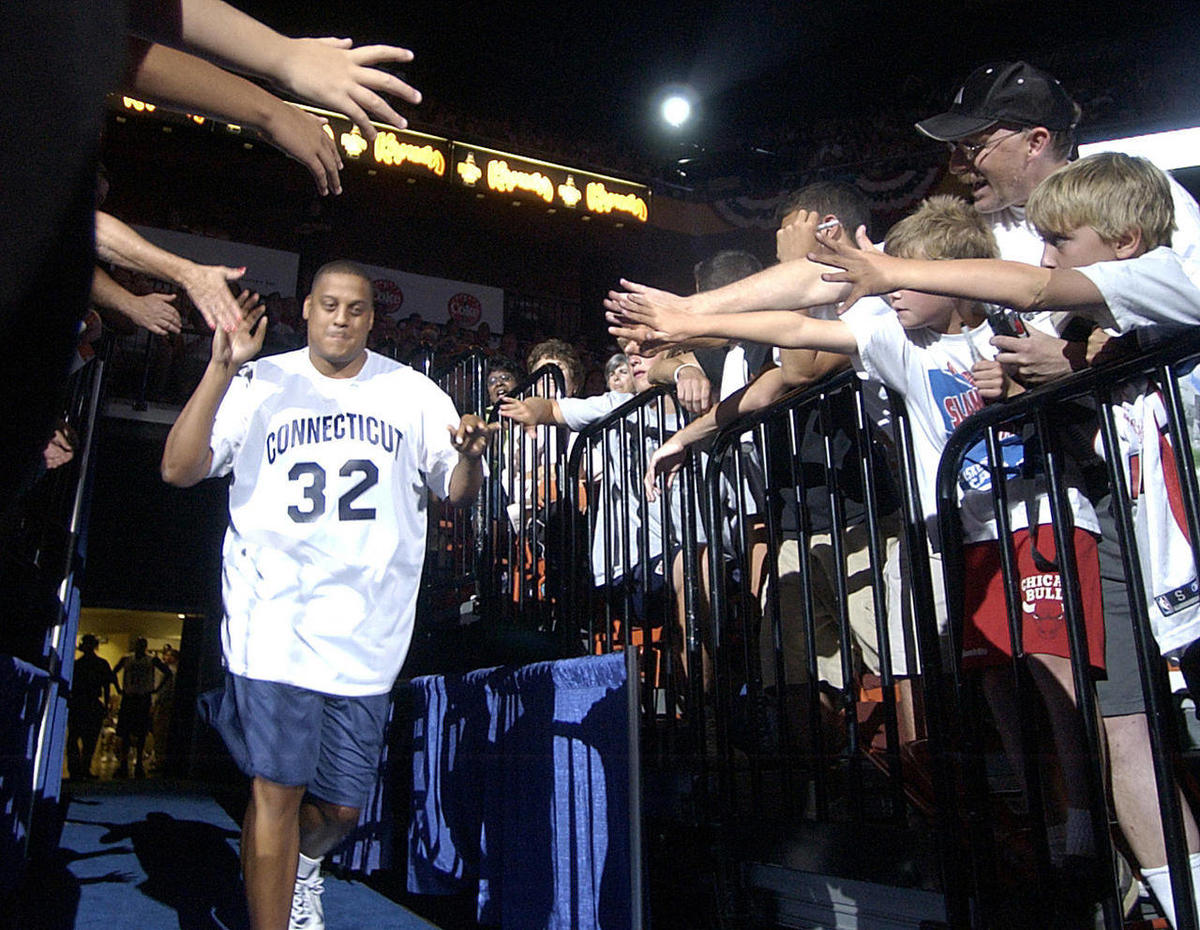 For schemes where people are told that it is based on enrolling ever larger numbers of people, see Pyramid scheme.

1920 photo of Charles Ponzi, the namesake of the scheme, while still working as a businessman in his office in Boston

A Ponzi scheme (/ˈpɒnzi/, Italian: [ˈpontsi]; also a Ponzi game)[1] is a form of fraud that lures investors and pays profits to earlier investors with funds from more recent investors.[2] The scheme leads victims to believe that profits are coming from product sales or other means, and they remain unaware that other investors are the source of funds. A Ponzi scheme can maintain the illusion of a sustainable business as long as new investors contribute new funds, and as long as most of the investors do not demand full repayment and still believe in the non-existent assets they are purported to own.

The scheme is named after Charles Ponzi,[3] who became notorious for using the technique in the 1920s.[4] The idea had already been carried out from 1869 to 1872 by Adele Spitzeder in Germany and by Sarah Howe in the United States in the 1880s through the “Ladies’ Deposit”. Howe offered a solely female clientele an eight-percent monthly interest rate, and then stole the money that the women had invested. She was eventually discovered and served three years in prison.[5] The Ponzi scheme was also previously described in novels; Charles Dickens‘ 1844 novel Martin Chuzzlewit and his 1857 novel Little Dorrit both feature such a scheme.[6] Ponzi carried out this scheme and became well known throughout the United States because of the huge amount of money that he took in. His original scheme was based on the legitimate arbitrage of international reply coupons for postage stamps, but he soon began diverting new investors’ money to make payments to earlier investors and to himself.[7]

University of Connecticut basketball icon Tate George, shown here with real estate adviser Enrique Riley during a break in his trial in federal court in Trenton, was sentenced Thursday to nine years in federal prison. (Photo by Christopher P. Keating)
You can do it.
We can help.
FOR SALE BY OWNER
…
(Tate George Sentenced To 9 Years in Prison, by Christopher Keating, Hartford Courant, January 21, 2016)
Riley is the name of the man pictured with exploited Tate George.  Exploited Riley is a paralegal.
There’s CIA-DIA Danette Lisa Rilet Roche, and there’s Hoffman LaRoche, and there’s Riley’s Way.
cc all Mormon barristers 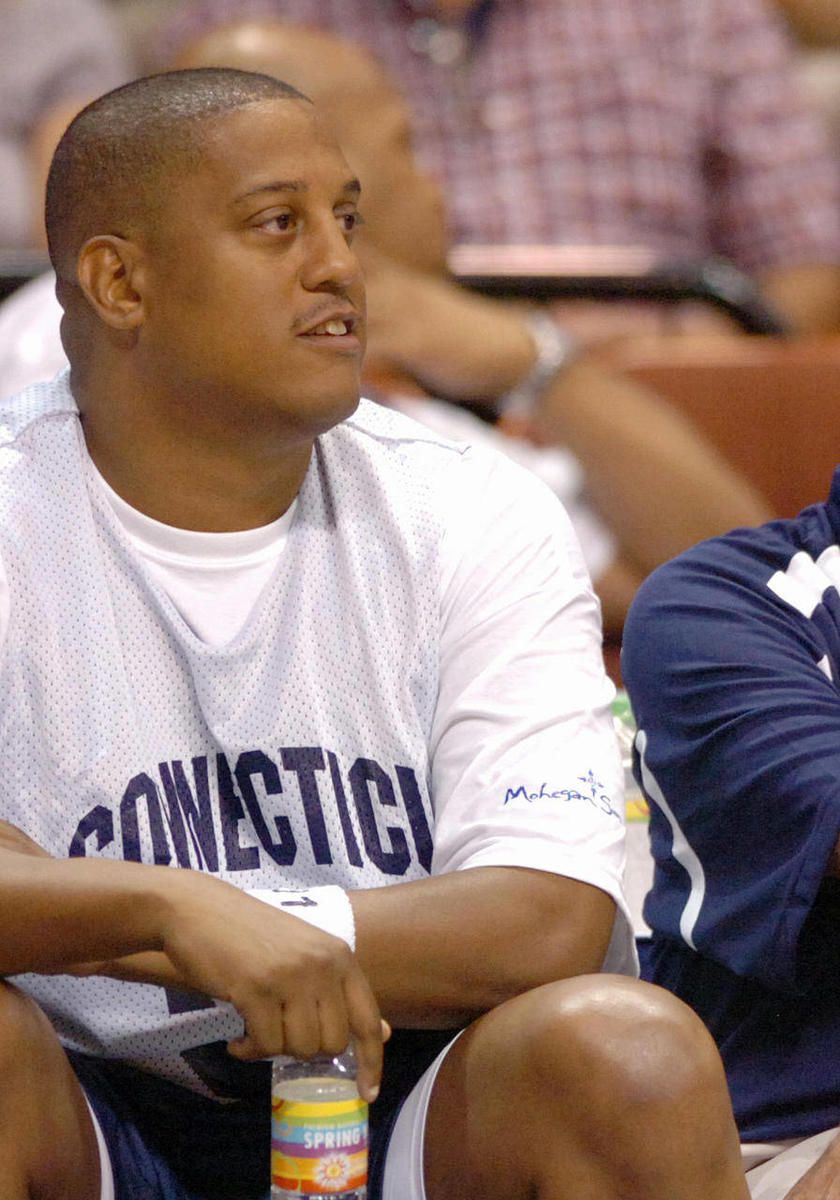 NEWARK, N.J. — Tate George, who hit one of the most memorable shots in UConn basketball history and then went on to a brief NBA career, surrendered to federal authorities in New Jersey on Friday to face charges stemming from what prosecutors say was a Ponzi scheme.

George used his company, which he purported to be a real estate investment firm, to run a more than $2 million investment fraud scam, prosecutors said.

A message left for George’s attorney was not immediately returned Friday.

Prosecutors said that between 2005 and March 2011, George persuaded people — including former professional athletes — to invest in what he promised would be high-return real estate development projects in Florida, Illinois, Connecticut and New Jersey. He claimed to be managing a real estate portfolio of more than $500 million in assets as CEO of The George Group and personally guaranteed people returns on their investments, plus interest, according to prosecutors.

George instead used some of the new investor money to make principal and interest payments to existing investors, New Jersey U.S. Attorney Paul Fishman said. He also used the money for improvements on his home and personal expenses including gas, restaurant meals and clothing, Fishman said.

George is perhaps best known for a shot he made playing for the University of Connecticut, when his last-second turnaround jumper at the buzzer in 1990 gave UConn a victory in the NCAA regional semifinal game against Clemson. That earned him a spot among 25 members of Connecticut’s All-Century Team, as voted on by a panel of experts and fans in 2001.

Now 43, George was scheduled to make an initial court appearance on the wire fraud charge on Friday afternoon in Newark, N.J., where he lives. He would face up to 20 years in prison if convicted.

Guys, Gals: Tate George lived in Hackensack, New Jersey.  Before he was set-up someone arranged for him to share a small office with my husband, at 67 Wall Street, when the BMW (Brave Mormon World) car dealership was on the ground floor, across the street from Deutsche Bank which was previously JPMorgan Bank headquarters.  (My husband [from whom I am now separated] was not involved in setting up Tate George.)  When my husband was imprisoned in “The Tombs” (my husband admits that he is responsible for his imprisonment; even though he was not honest with me during our marriage I feel that I was not a good wife because I was so naive; had I had more common sense I would have realized that something was wrong and perhaps I could have helped him [encouraged him to study and take the bar exam again; I am still of the opinion that he is not entirely responsible for his circumstances]), going to visit him sometimes I would walk on Center Street past the black male penis/testacles sculpture titled “Triumph of the Human Spirit” in honor of African Americans on Foley Square across the street from Thurgood Marshall Courthouse, and sometimes I would walk on Broadway and I would see Tate Menswear clothing store and Natsun Asian restaurant, across the street from the federal building, on Broadway at Duane Street or Reade Street where the FBI office for New York is located, across the street from the “African Burial Ground National Monument”/Museum.

Guys, Gals:  I want to mention, so that I can stop thinking about it, that, of all the staff and nurses and doctors at New York Presbyterian Medical Group, I am most concerned about Dr. Kothari. I wasn’t concerned about her until recently, in the past week or so when I thought about the first syllable of her name, kot (which reminded me of a couch or sofa or bed and two camps in one of the books in God’s Word the Holy Bible: Song of Solomon), and now I am very concerned about her.  Whenever an “Out of Order” appears, that means something has to happen to someone, as a warning to everyone.  This sounds crazy, I know, but I am worried about Dr. Kothari.  As crazy as this sounds, I must post my concern, make it public, just in case anything happens to her, or anyone else at New York Presbyterian Medical Group.